Fortnite: Battle Royale’s large library of cosmetic outfits appeal to pretty much every demographic out there. Are you nostalgic for Fortnite’s older aesthetic or admire the G.I lifestyle? Consider picking up the Munitions Major or Expert outfits. Are you a silly player who takes almost nothing seriously? The equally goofy Fishstick outfit may be for you. In this guide, we go over all the Fortnite outfits that have earned a reputation with “tryhards” or “sweaty” players, and if you want to follow the trend, here are some sweaty outfits that you can consider running.

What Determines A Sweaty Outfit?

A sweaty outfit earns it’s status via a few factors:

Sweaty outfits are usually female due to their skinniness, but there are ocassional male outfits that are slim enough to reach the mark of sweaty.

Aura is an 800 V-Buck outfit from Chapter 1, Season 8, and was actually a fan concept from 2018, and is considered sweaty by the community. Regardless of her status, Aura is one of the best Uncommon outfits you can buy, because it has two edit styles and a pretty neat back bling. She also comes with a harvesting tool in her set that fits her color scheme pretty well.

The Boundless outfits cost 1,800 V-Bucks each and are the most customizable outfits in the entire game. They take the form of superheroes, and you can change their color scheme, pattern design, accessory selection, hair, face color and logo. Some people have made some legitimately sneaky combinations, to the point where they were considered pay-to-win. Despite this, they’re a great deal for both casual and competitive players. 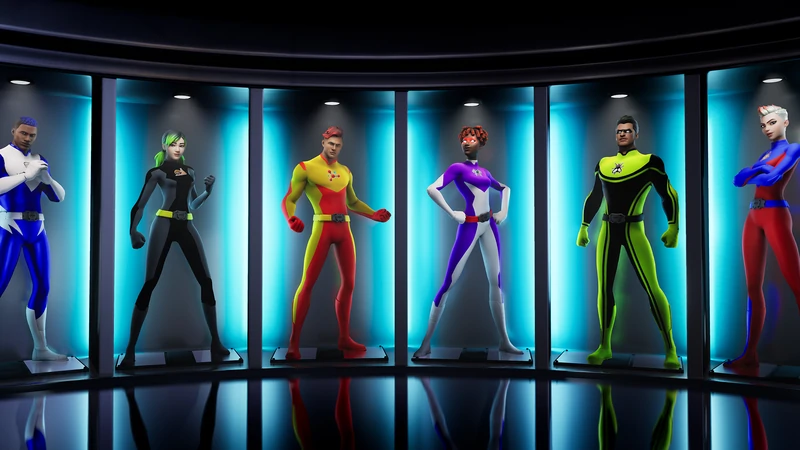 Aura is an 800 V-Buck outfit from Chapter 1, Season X, and is depicted as some sort of Jurassic archaeologist, but is slim and low-key enough to be considered sweaty.

Dynamo is a 1,200 V-Buck outfit from Chapter 1, Season 5 but has only really gained traction recently thanks to popular streamer Mongrall. It appears to be a sparkly wrestler/sumo player, kind of like the real WWE wrestlers we see today. It’s little unattractive due to its array of colors, but it has gained enough of a menacing reputation for it to be on our list.

Isabelle is a 1,500 V-Buck outfit from Chapter 2, Season 6, and, just like Aura, was also based on a fan concept. Her style is eerily similar to that of Harry Potter and other stories about magical schools, and she uses the Alina model previously used for Calamity from the Chapter 1, Season 6 Battle Pass in 2018.

These outfits (Left is Striker Specialist for 1,500 V-Bucks, Right is Poised Playmaker for 1,200 V-Bucks) have gained quite a reputation throughout the community. These outfits include tons of edit styles which make them quite a good purchase – some even include black edit styles to make you incredibly stealthy on the battlefield. 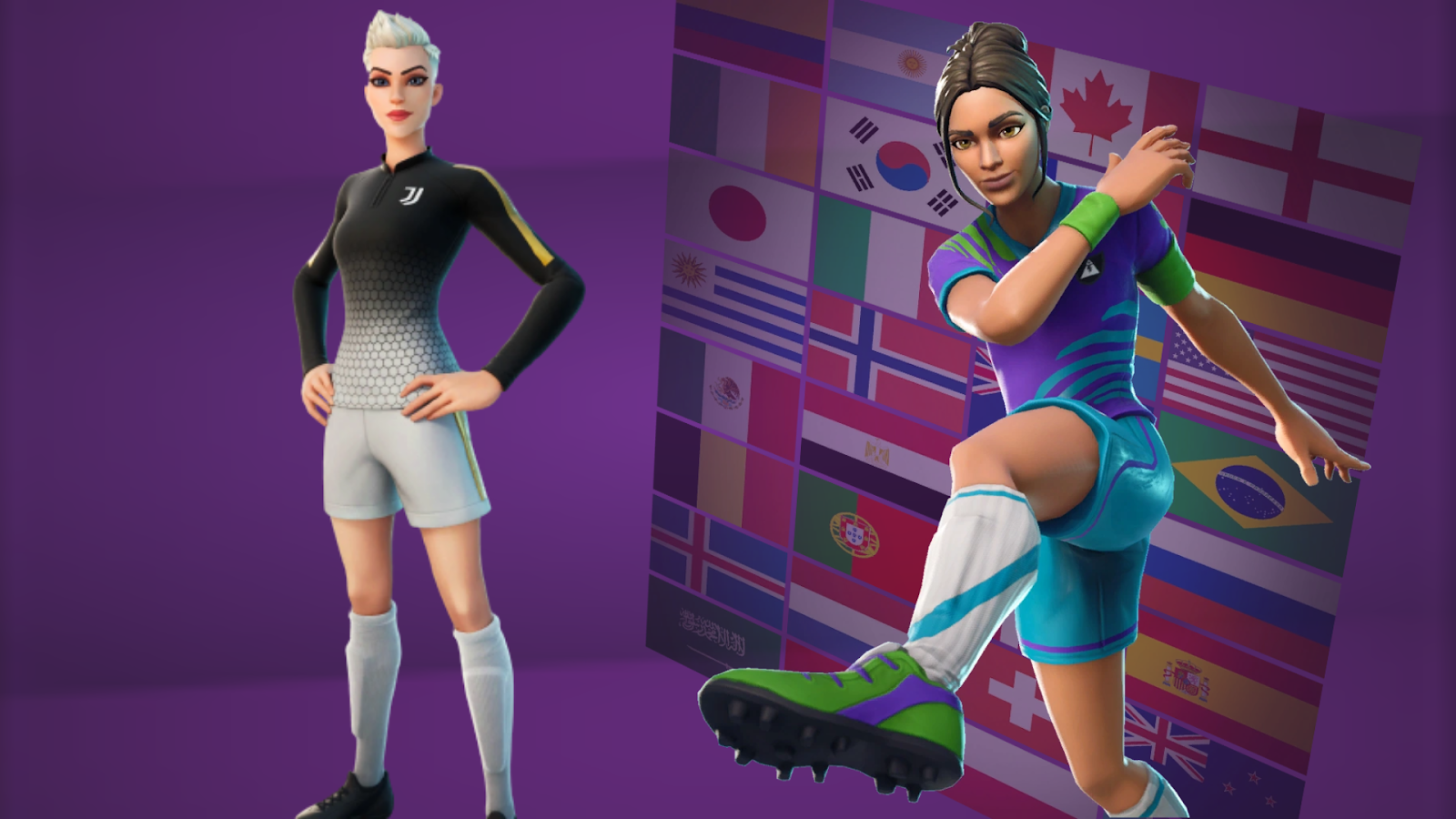 Lara Croft was the Level 15 reward from the Chapter 2, Season 6 Battle Pass, and was based on gaming legend Lara Croft from Square Enix’s Tomb Raider franchise. This outfit is slim enough for you to use, and may be a must-buy if you’re a fan of the Tomb Raider series. Croft also has edit styles based on her classic appearances, but you may just want to stick with the default, modern style if you want to go for something menacing.

Midas was the Level 100 reward from the Chapter 2, Season 2 Battle Pass, and most outfits that require such grinding usually turn out bulky, like the Ragnarok or Ice King outfits. Midas, however, was a complete turnaround. He does have a few edit styles if you did bonus things during Season 2, like a full gold edit style if you reached Level 140, and a white/black tuxedo depending on which faction you chose that season.

Renegade Raider was the Level 20 reward from the Chapter 1, Season 1 Season Shop, and is often considered the rarest item in the entire game, as it has been rendered unavailable since December 2017. Those fortunate enough to have her should take the opportunity to run her as frequently as possible, as it’s rare status will make you a considerable threat to the battlefield.

Siren is a 1,200 V-Buck outfit from Chapter 2, Season 2 and is very much inspired by spies and noir-era heroes, just like the rest of Season 2’s gallery. Nonetheless, Siren is frequently used by BenjyFishy, which has given her the sweaty status she has today.

Tony Stark was the Level 93 reward from the Chapter 2, Season 4 Battle Pass, and was based on the Marvel hero of the same name. At Level 100, you could unlock an emote for Stark by completing some challenges, which would turn the brilliant scientist into Iron Man. Go even higher, and you could unlock silver, gold and rainbow-themed edit styles for both Stark and Iron Man. The two edit styles are wildly different from one another, but what makes Stark so unique is his traditional form, since it’s pretty slim.

Apex Legends – Every Season In The Game (Season 9)

What Will The 1000th Fortnite Outfit Be? (UPDATED)

How To Add Bots To Your Discord Server

How Many Video Game Genres Are There?

The Sweatiest Outfits You Can Run In Fortnite: Battle Royale